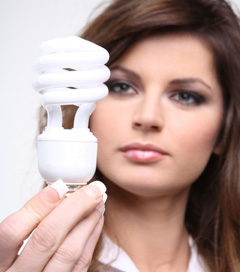 In 2007 the Government introduced legislation implementing the European Commission’s Energy Performance of Buildings Directive (EPBD) into the UK. The object of the Directive, first published in 2002, was to raise awareness of energy efficiency issues in domestic and commercial buildings and to make progress towards increasing energy efficiency and reducing carbon emissions. The legislation in England and Wales introduced the need for Energy Performance Certificates (EPCs), Display Energy Certificates (DECs) and Air Conditioning Inspections (ACIRs). The legislation also enables Government to “licence” Schemes to accredit energy assessors (EAs) who are then enabled to undertake EPCs, DECs and ACIRs. For these energy assessments to be “legal” they are required to be lodged into an appropriate database.

Raising awareness of energy usage leading to reducing energy consumption and eliminating energy wastage is the main objective of the EPBD. EU support for improving energy efficiency will prove decisive for competitiveness, security of supply and for meeting the commitments on climate change made under the Kyoto protocol. There is significant potential for reducing consumption with cost-effective measures. 40% of our energy is consumed in buildings, the Directive and associated legislation is part of the drive to reduce consumption of energy with the consequential reduction in carbon emissions.

The EPBD was revised by the EU in 2010 and further legislation has been issued by the Government to implement it. The base Regulations for England & Wales is The Energy Performance of Buildings (England and Wales) Regulations 2012. http://www.legislation.gov.uk/uksi/2012/3118/contents/made

The EPBD requires all EU countries to enhance their building regulations and to introduce energy certification schemes for buildings. All countries were also required to have in place arrangements for the inspections of boilers and air-conditioning equipment.

The main requirements, duties and responsibilities in the England and Wales Regulations are:

In Scotland there are different arrangements in place but largely the requirements for EPCs and AICRs are similar. There is no requirement for a DEC. Further information can be found on the Scottish Government website: http://www.scotland.gov.uk/Topics/Built-Environment/Building/Building-standards/enerperfor

Other links to Climate Change information: